Maybe you are a dreamer that has been programmed to believe that dreamers are impractical and wasting their time.

The truth is, everyone dreams, but not everyone pays attention to their dreams, or worse yet, they simply choose to ignore them. And then there are some, like Edgar Cayce, that have the most extraordinary dreams and ability to translate them into marvelous insights.

For all healing comes from the one source; and whether there is the application of foods, exercise, medicine, or even the knife, it is to bring to the consciousness of the forces within the body that aid in reproducing themselves, which is the awareness of Creative Forces, God Forces.

In 1923, Edgar Cayce hired Gladys Davis as stenographer to document all of his psychic readings. She served as the recorder of the readings until Cayce’s death in 1945. She not only shouldered the responsibility of writing down in shorthand every word Mr. Cayce uttered in the over 14,000 readings he gave during that period, but she ensured their preservation and proper use by those who would read them in the generations of seekers who followed. In addition to taking down the readings, she transcribed them—over 100,000 pages— initially on a manual typewriter, twice.

Edgar Cayce is considered to be one of the most gifted psychics of all time. When he died in 1945 he left behind one of the greatest and most respected collections of psychic readings ever recorded. The complete story of Cayce’s life and amazing psychic legacy are chronicled in this unique documentary.

In 1975 Hugh Lynn Cayce, Edgar’s eldest son, commissioned Bob Terrio to produce a film about his father’s life and work. This program has been adapted from the interviews and material from that original film. Most of the people featured in the program knew and worked with Edgar Cayce directly, including his sons Hugh Lynn and Edgar Evans, his secretary Gladys Davis Turner, Dr. Harold J. Reilly, Dr. Harmon Bro, Dr. William McGarey, Dr. Gladys McGarey, Dr. Gina Cerminara, Elsie Sechrist, Mae Gimbert St. Clair, and two women healed of the “incurable” disease scleroderma.

Much of Cayce’s work involved the diagnosis of physical ailments while in trance, and providing prescriptions for cures for more than 9,000 people. He also provided information about such diverse topics as reincarnation, dreams, meditation, ancient history (including Atlantis), the nature of God and the future of mankind. Hundreds of photos from the Cayce archives are included, as well the only film footage that was taken of him. Numerous quotes from the readings provide insights into this unique material and are illustrated with colorful graphics. This historic, one of a kind program has been updated by Bob Terrio with state of the art graphics and music.

There are, of course, many kinds of dreams. The dreams we have during sleep are important to our long-term memory, they provide the mechanics of writing our data to the archive, much like a computer’s hard drive. According to science, dreaming while we sleep is controlled entirely by the amygdala, the part of the brain whose function is emotion.

a roughly almond-shaped mass of gray matter inside each cerebral hemisphere, involved with the experiencing of emotions.

Science also tells us that the part of our brain controlled by our consciousness is inactive during sleep dreaming and that our body is paralyzed. I’m not entirely convinced of this last bit, however, that of being paralyzed. I have had personal experience of unconscious dreaming while still being physically active, not just in the dreamscape, but in the physical dimension.

The dreams we have when we are awake, can manifest in a variety of forms and have different names and definitions. You may recognize some of the names like …

These are the kinds of dreams that tend to get a bad rap from disbelievers and naysayers. These are the kinds of dreams that people refer to when they say dreamers are impractical and wasting their time. However, these dreams are from the source of infinity flowing of creation. They are manifestations of the soul or source, the spirit being in all of life.

Are you a conscious dreamer video playlist … 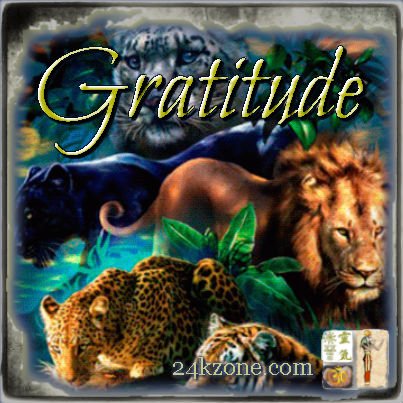 I suppose leadership at one time meant muscles; but today it means getting along with people.
~ Mahatma Gandhi