Grandfather, Great Spirit, once more behold me on earth and lean to hear my feeble voice.

Hear me, that the people may once again find the good road and the shielding tree.

You have set the powers of the four quarters of the earth to cross each other. You have made me cross the good road and road of difficulties, and where they cross, the place is holy. Day in, day out, forevermore, you are the life of things.

Hey! Lean to hear my feeble voice. At the center of the sacred hoop You have said that I should make the tree to bloom.

With tears running, O Great Spirit, my Grandfather, With running eyes I must say The tree has never bloomed

Here I stand, and the tree is withered. Again, I recall the great vision you gave me.

It may be that some little root of the sacred tree still lives. Nourish it then That it may leaf And bloom And fill with singing birds!

Hear me, that the people may once again Find the good road And the shielding tree.

“I cured with the power that came through me. Of course, it was not I who cured, it was the power from the Outer World, the visions and the ceremonies had only made me like a hole through which the power could come to the two-leggeds.”

“If I thought that I was doing it myself, the hole would close up and no power could come through. Then everything I could do would be foolish.”

🔗 Sacred Pipe of the Lakota Sioux

The intricacies of belief surrounding the pipe itself cannot be summed up in a few words. It is important to note, however, that each part of the pipe—stem, bowl, tobacco, breath, and smoke—is symbolic of the fundamental relationships among plants, animals, humans, elements, and spiritual beings that keep the cosmos in motion. In pipe ceremonies, numerous pinches of tobacco signify prayers of blessing for each part of creation and the whole cosmic community. Thus the bowl of the pipe is filled symbolically with the whole sum of existence. As the tobacco is lit by the fire, inhaled and exhaled as smoke, these prayers of blessing become visible offerings. The pipe ceremony is so symbolically resonant for the Lakota that many Lakota people compare it to the Christian sacrament of Eucharist.

The pipe ceremony provides the Lakota with the spiritual grounding and power for the negotiation of Native identity in the modern world. Among the Lakota and the other Native peoples who smoke the sacred pipe, this ceremony plays a crucial role in the struggle to survive under duress. Pipe ceremonies often anchor other traditional Lakota ceremonies, but they are performed, too, in nursing homes, hospitals, prisons, universities, protest gatherings, and political meetings. Lakota people are conscious that with each pipe ceremony they pray not only for themselves and their well being, but for all human beings and the whole of creation.

For more than twenty years this pioneering work had served as a bible for herbalists throughout the world. It is an illustrated encyclopedic guide to more than two hundred medicinal plants found in North America, with descriptions of each plant’s appearance and uses, and directions for methods of use and dosage. Native American traditions are compared with traditional uses of the same plants among other cultures where the science of herbs has flourished, particularly in Russia and China. Included is an annotated bibliography of pertinent books and periodicals.

A Handbook of Native American Herbs

This authoritative guide—based on the author’s classic reference work, Indian Herbalogy of North America—is a portable illustrated companion for the professional and amateur herbalist alike. It provides detailed descriptions of 125 of the most useful medicinal plants commonly found in North America, along with directions for a range of uses, remedies for common ailments, and notes on the herbal traditions of other lands. Entries include staples of folk medicine such as echinacea and slippery elm as well as common kitchen herbs—such as parsley, thyme, and pepper—whose tonic and healing properties are less widely known.

Native american medicine connects the mind, body, and spirit to the great mystery and all of life through nature.

Throw yourself into the pool of life, create those ripples if necessary, and watch them go out. 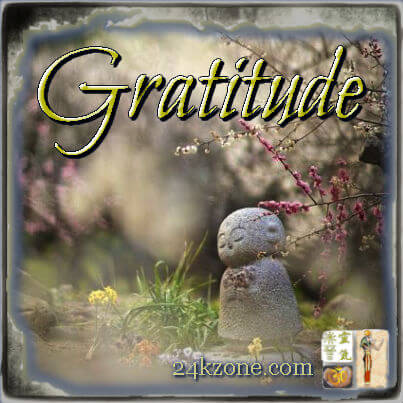