Scroll the bottom of this post to watch and listen to a beautiful, eloquent speech by Scilla Elworthy: Peace builder on TED Talks, April 2012

When Scilla Elworthy was 13, she sat in front of her television set watching as Soviet tanks rolled into Budapest. Immediately she started packing her bags. “What are you doing?” her mother said. “I’m going to Budapest,” she said. “They’re doing something awful and I have to go.” Years later, Elworthy is a three-time Nobel Peace Prize nominee and a recipient of the Niwano Peace Prize. In 2002 Elworthy founded Peace Direct, which supports local action against conflict, and in 1982 founded Oxford Research Group, a think-tank devoted to developing effective dialogue between nuclear weapons policy-makers and their critics. Beginning in 2005 she helped set up The Elders initiative as an adviser to Sir Richard Branson, Peter Gabriel and Archbishop Desmond Tutu.

“Anger is like gasoline. If you spray it around and somebody lights a match, you’ve got an inferno. [But] if we can put our anger inside an engine, it can drive us forward.”

How do you deal with a bully without becoming a thug? In this wise and soulful talk, peace activist Scilla Elworthy maps out the skills we need — as nations and individuals — to fight extreme force without using force in return. To answer the question of why and how nonviolence works, she evokes historical heroes — Aung San Suu Kyi, Mahatma Gandhi, Nelson Mandela — and the personal philosophies that powered their peaceful protests.

0:11  In half a century of trying to help prevent wars, there’s one question that never leaves me: How do we deal with extreme violence without using force in return? When you’re faced with brutality, whether it’s a child facing a bully on a playground or domestic violence — or, on the streets of Syria today, facing tanks and shrapnel, what’s the most effective thing to do? Fight back? Give in? Use more force?

0:48  This question: “How do I deal with a bully without becoming a thug in return?” has been with me ever since I was a child. I remember I was about 13, glued to a grainy black and white television in my parents’ living room as Soviet tanks rolled into Budapest, and kids not much older than me were throwing themselves at the tanks and getting mown down. And I rushed upstairs and started packing my suitcase.

1:29  And I said, “Kids are getting killed there. There’s something terrible happening.”

1:33  And she said, “Don’t be so silly.” And I started to cry. And she got it, she said, “Okay, I see it’s serious.You’re much too young to help. You need training. I’ll help you. But just unpack your suitcase.”

1:49  And so I got some training and went and worked in Africa during most of my 20s. But I realized that what I really needed to know I couldn’t get from training courses. I wanted to understand how violence, how oppression, works. And what I’ve discovered since is this: Bullies use violence in three ways. They use political violence to intimidate, physical violence to terrorize and mental or emotional violence to undermine. And only very rarely in very few cases does it work to use more violence.

Please continue with the video presentation to listen to Scilla Elworthy as she shares her own experience and wisdom. 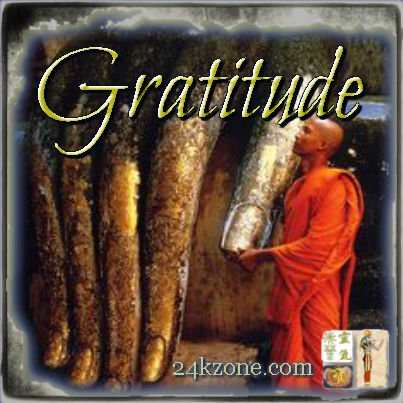 Glance into the world just as though time were gone: and everything crooked will become straight to you.
~ Friedrich Nietzsche