Mihaly Csikszentmihalyi asks, “What makes a life worth living?” Noting that money cannot make us happy, he looks to those who find pleasure and lasting satisfaction in activities that bring about a state of “flow.”

Mihaly Csikszentmihalyi has contributed pioneering work to our understanding of happiness, creativity, human fulfillment and the notion of “flow” — a state of heightened focus and immersion in activities such as art, play and work.

Mihaly Csikszentmihalyi says creativity is a central source of meaning in our lives. A leading researcher in positive psychology, he has devoted his life to studying what makes people truly happy: “When we are involved in [creativity], we feel that we are living more fully than during the rest of life.” He is the architect of the notion of “flow” — the creative moment when a person is completely involved in an activity for its own sake.

Csikszentmihalyi teaches psychology and management at Claremont Graduate University, focusing on human strengths such as optimism, motivation and responsibility. He’s the director the Quality of Life Research Center there. He has written numerous books and papers about the search for joy and fulfillment.

“A man obsessed by happiness.”

0:11  I grew up in Europe, and World War II caught me when I was between seven and 10 years old. And I realized how few of the grown-ups that I knew were able to withstand the tragedies that the war visited on them — how few of them could even resemble a normal, contented, satisfied, happy life once their job, their home, their security was destroyed by the war. So I became interested in understanding what contributed to a life that was worth living. And I tried, as a child, as a teenager, to read philosophy and to get involved in art and religion and many other ways that I could see as a possible answer to that question. And finally I ended up encountering psychology by chance.

1:31  I was at a ski resort in Switzerland without any money to actually enjoy myself, because the snow had melted and I didn’t have money to go to a movie. But I found that on the — I read in the newspapers that there was to be a presentation by someone in a place that I’d seen in the center of Zurich, and it was about flying saucers [that] he was going to talk. And I thought, well, since I can’t go to the movies, at least I will go for free to listen to flying saucers. And the man who talked at that evening lecture was very interesting. Instead of talking about little green men, he talked about how the psyche of the Europeans had been traumatized by the war, and now they’re projecting flying saucers into the sky. He talked about how the mandalas of ancient Hindu religion were kind of projected into the sky as an attempt to regain some sense of order after the chaos of war. And this seemed very interesting to me. And I started reading his books after that lecture. And that was Carl Jung, whose name or work I had no idea about.

3:09  Then I came to this country to study psychology and I started trying to understand the roots of happiness. This is a typical result that many people have presented, and there are many variations on it.But this, for instance, shows that about 30 percent of the people surveyed in the United States since 1956 say that their life is very happy. And that hasn’t changed at all. Whereas the personal income, on a scale that has been held constant to accommodate for inflation, has more than doubled, almost tripled, in that period. But you find essentially the same results, namely, that after a certain basic point — which corresponds more or less to just a few 1,000 dollars above the minimum poverty level — increases in material well-being don’t seem to affect how happy people are. In fact, you can find that the lack of basic resources, material resources, contributes to unhappiness, but the increase in material resources does not increase happiness.

Please continue by watching this presentation on Flow, the secret to happiness, then enjoy the videos below of an extraordinary young girl guitarist named Zoe Thomson. 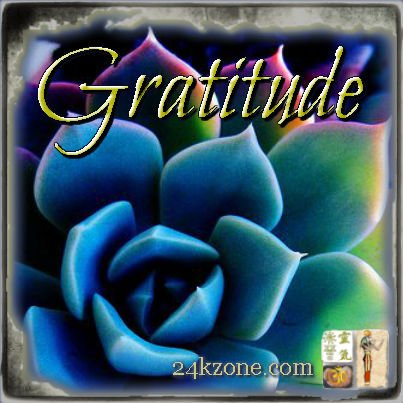 Computers are useless. They can only give you answers.
~ Pablo Picasso