I can but trust that good shall fall at last–far off– at last, to all and every winter change to spring.

I was raised in a country setting, in a small town in Southern Indiana by a devout, if not fanatical, hell-fire and brimstone fear mongering man. His highest praise for me was that I had perfect attendance in 13 years of Bible School by the age of 12. But I fell far from his definition of grace. In fact, I learned that he spoke often about what he perceived were my many sins, including that he believed I practiced witchcraft.

It’s not that I am not “religious” per se, but rather I am “spiritual.” I do not condemn anyone for their beliefs, we each must follow our own path. We cannot always agree about everything, with everyone, everywhere, but we can be tolerant and accept the fact that we have no dominion over anyone but ourselves. Self-mastery is the true purpose.

If I were to describe my religion, it would more closely resemble Buddhism, however, I am not Buddhist. To be more accurate, I simply state that I am spiritual, I am the sacred nation of I am, a divine union of three great kingdoms – body, mind, spirit.

So, for this day, I offer blessings of rebirth and renewal to all living things — I offer my wish of perfect peace, love and joy to all beings.

Scroll on down for a playlist of Easter related videos, and a little history/edutainment.

The Pagan origins of Easter﻿

The name “Easter” originated with the names of an ancient Goddess and God. The Venerable Bede, (672-735 CE), a Christian scholar, first asserted in his book De Ratione Temporum that Easter was named after Eostre (a.k.a. Eastre). She was the Great Mother Goddess of the Saxon people in Northern Europe. Similarly, the “Teutonic dawn goddess of fertility [was] known variously as Ostare, Ostara, Ostern, Eostra, Eostre, Eostur, Eastra, Eastur, Austron and Ausos.” 1 Her name was derived from the ancient word for spring: “eastre.” Similar Goddesses were known by other names in ancient cultures around the Mediterranean, and were celebrated in the springtime.

The Lady of the Hare

A Study in the Healing Power of Dreams

This book is both a fascinating account of dream therapy and an exploration of the symbolism of the hare in myth and fable around the world. John Layard, a British Jungian analyst, first recounts his treatment of a devout Christian woman whose dream of the sacrifice of a hare marked a turning point in her spiritual and psychological healing. He then goes on to examine the meaning of the hare in the mythology of Asia, Africa, Europe, the Americas, and ancient Greece, Rome, and Egypt. Among the many manifestations of this universal archetype are the hare as trickster-hero, as a goddess associated with the moon, as a Buddhist symbol of spiritual transformation, and as the Easter Rabbit of the Christian tradition.

Guy‘s review Nov 16, 2013
it was amazing Recommended to Guy by: M
This took a long time to read, and was well worth the time invested.

Guy‘s review Nov 16, 2013
it was amazing Recommended to Guy by: M
This took a long time to read, and was well worth the time invested.

The first part of the book is an amazing affirmation of the power of dreams to heal what ails us when we take the time to attend them and eke out their symbolic/metaphoric and imaginative language. The second part is a fascinating and detailed look at the place the humble hare has had in the pantheon of gods across the globe, including Buddhism and the Bible.

And reading it delighted me with a steady flow of tiny synchronicities. My book is festooned with pink and green sticky notes, many of them documenting those synchronicities. Even on the last day I read it! I finished it on 2016.05.27, and later that day I heard, for the first time, the promotion of the release of Alice Through the Looking Glass, and the news commentators I heard were making a steady stream of bad puns playing off of “rabbit hole.”

This book has the power to change your perception of dreams, the importance on other people of your own personal psychological health, and the place of the hare in human history. This is delightful read that can be nibbled on over the course of a few months.

A History of Spring Traditions 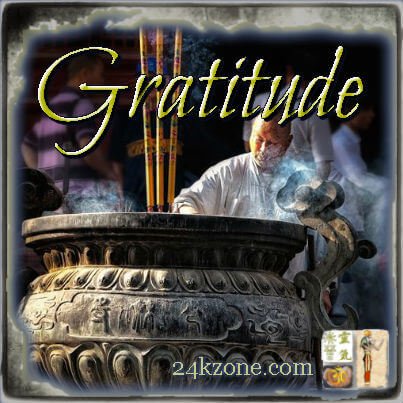 is no other route to success.
~ Pablo Picasso