… for profound peace, love and joy to permeate the universe.

And to that end, I propose you take 20 minutes to listen to Matthieu Ricard‘s TED talk, The habits of happiness, posted Nov 2007. Scroll to bottom of this post to watch it.

What is happiness, and how can we all get some? Biochemist turned Buddhist monk Matthieu Ricard says we can train our minds in habits of well-being, to generate a true sense of serenity and fulfillment.

Sometimes called the “happiest man in the world,” Matthieu Ricard is a Buddhist monk, author and photographer.

After training in biochemistry at the Institute Pasteur, Matthieu Ricard left science behind to move to the Himalayas and become a Buddhist monk — and to pursue happiness, both at a basic human level and as a subject of inquiry. Achieving happiness, he has come to believe, requires the same kind of effort and mind training that any other serious pursuit involves.

His deep and scientifically tinged reflections on happiness and Buddhism have turned into several books, including The Quantum and the Lotus: A Journey to the Frontiers Where Science and Buddhism Meet. At the same time, he also makes sensitive and jaw-droppingly gorgeous photographs of his beloved Tibet and the spiritual hermitage where he lives and works on humanitarian projects.

His latest book on happiness is Happiness: A Guide to Developing Life’s Most Important Skill; his latest book of photographs is Tibet: An Inner Journey.

“Matthieu Ricard, French translator and right-hand man for the Dalai Lama, has been the subject of intensive clinical tests at the University of Wisconsin, as a result of which he is frequently described as the happiest man in the world.”

0:11  So, I guess it is a result of globalization that you can find Coca-Cola tins on top of Everest and a Buddhist monk in Monterey.

0:23  And so I just came, two days ago, from the Himalayas to your kind invitation. So I would like to invite you, also, for a while, to the Himalayas themselves. And to show the place where meditators, like me, who began with being a molecular biologist in Pasteur Institute, and found their way to the mountains.

0:50  So these are a few images I was lucky to take and be there. There’s Mount Kailash in Eastern Tibet — wonderful setting. This is from Marlboro country.

1:10  This is a turquoise lake. A meditator. This is the hottest day of the year somewhere in Eastern Tibet, on August 1. And the night before, we camped, and my Tibetan friends said, “We are going to sleep outside.” And I said, “Why? We have enough space in the tent.” They said, “Yes, but it’s summertime.”

1:36  So now, we are going to speak of happiness. As a Frenchman, I must say that there are a lot of French intellectuals that think happiness is not at all interesting.

1:48  I just wrote an essay on happiness, and there was a controversy. And someone wrote an article saying,“Don’t impose on us the dirty work of happiness.”

1:58 “We don’t care about being happy. We need to live with passion. We like the ups and downs of life. We like our suffering because it’s so good when it ceases for a while.”

Well it may be true, I myself have experienced people that seem only to be truly happy when they are clinging to their misery and desperately trying to pull you into their darkness. However, I am the eternal optimist and I know that we are all on the path of self-discovery and mastery.  We make this journey the whole of our lives and it is our right to choose our own path, be it hard or soft, hot or cold, dark or light. I wish you whatever gives you the greatest peace, love, and joy.

Watch and listen as Matthieu Ricard shares his gift of happiness …

MATTHIEU RICARD: THE HABITS OF HAPPINESS 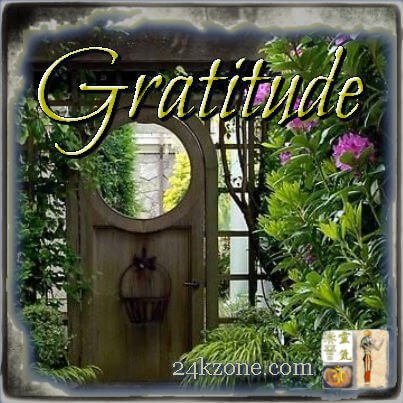 It is not the beauty of a building you should look at; its the construction of the foundation that will stand the test of time.
~ David Allan Coe