My beloved thinks I’m a little crazy for spending so much time on the computer; so I cannot always do as much as I might otherwise when he is present 😉 As a result, I missed the Red Tent experience May 18, Sunday night. I had to go back to catch a replay, but alas, I had to prioritize my time to fit other items from my agenda, so I opted first for “Awakening Your Orgasmic Power” with Caroline Muir. I am So Glad the replay option was available!

Anyway, here are my highlights from Day 3 …

Celebrated as a Tantra sex educator and elder of the modern women’s movement. She’s the author of two best-selling books, Tantra, The Art of Conscious Loving (co-authored with former husband, Charles Muir) and Tantra Goddess, A Memoir of Sexual Awakening. Caroline founded the Divine Feminine Institute for spiritual/sexual education in 2004. She has co-instructed the very popular, Tantra, The Art of Conscious Loving seminars for the past twenty years and now operates a private practice for women. This is on trail-blazin’ mamma you will not want to miss!

For too long, femininity, in all of it’s various expressions, has been ignored, devalued and made wrong. We are changing all of that!! You’ll discover radically effective practices to reclaim the ’31 Flavors of Your Femininity”

OK, I realize this subject is somewhat sensitive, there are strong feelings of modesty and prudishness embedded in our society. We tend to shut down or whip out the evil eye to discourage conversation about things considered risqué. Too much information (TMI) becomes the mantra regarding tantra!

Still, we are body, mind, spirit creatures of this world and if we are to live well and fully, to be the experiential creatures we came here to be, we should stop feeling so closed minded about all that we are.

I was a little curious about the name transitions so I checked it out on Wikipedia. Here’s what I found …

The 17th-century Dutch physician Regnier de Graaf described female ejaculation and referred to an erogenous zone in the vagina that he linked with the male prostate; this zone was later reported by the German gynecologist Ernst Gräfenberg.[16] Coinage of the term G-spot has been credited to Addiego et al. in 1981, named after Gräfenberg,[17] and to Alice Kahn Ladas and Beverly Whipple et al. in 1982.[18] Gräfenberg’s 1940s research, however, was dedicated to urethral stimulation; Gräfenberg stated, “An erotic zone always could be demonstrated on the anterior wall of the vagina along the course of the urethra”.[19] The concept of the G-spot entered popular culture with the 1982 publication of The G Spot and Other Recent Discoveries About Human Sexuality by Ladas, Whipple and Perry,[7][18] but it was criticized immediately by gynecologists:[2][20] some of them denied its existence as the absence of arousal made it less likely to observe, and autopsy studies did not report it.[2]

Yeah, way to go modern science. Now, Here is what Wikipedia says about the ancient name for the G spot …

Yoni (Sanskrit: योनि  yoni) is a Sanskrit word with different meanings, most basically “vagina” or “womb”. Its counterpart is the lingam. It is also the divine passage, or sacred temple (cf. lila). The word can cover a range of extended meanings, including: place of birth, source, origin, spring, fountain, place of rest, repository, receptacle, seat, abode, home, lair, nest, stable.

In Indian religions … The yoni is also considered to be an abstract representation of Shakti and Devi, the creative force that moves through the entire universe. Sacred Sanskrit words, p. 111

And to round out the basic background information here is a really nice bit about yoga, from Pravin K. Shah, Jain Study Center of North Carolina.

However, many misconceptions exist with regard to the purpose and meaning of yoga, such as: yoga is a part of the Hindu religion; yoga means sitting in exasperating postures for hours at a time; yoga brings peace and happiness.

Yoga is defined as a systematic methodized effort to balance and directs various levels of one’s own energy, for self-perfection or for a union of the human individual with the universal transcendent Existence. This does not refer only to the physical body, but the entire being, including the intellectual and emotional processes.

There are four primary paths to yoga. They are:

So to be clear, Tantra is Yoga, not pornography, and it was created as a body of practices to help people who were entering into male female relationships, which at the time were predominantly in the form of arranged marriages. People did not marry for love or passion, but for practicality of circumstances. So these couples would enter the temple and be educated by the priestesses in how to keep their sexuality alive and sacred over the course of their lifetime together. How beautiful is that?

There were several high points in this expert interview and I loved the openness of both Caroline Muir and Kristin Sweeting Morelli in this talk. One of the amazing bits was the enlightenment about what honoring this part of our being can do, not only for us individually, but for everyone around us.

You see, there are literally thousands of nerve endings in this area of our body that are connected throughout our system into many, many areas of our brain.

Remember a little earlier I stated that there are strong feelings of modesty and prudishness in our society? Living with this stigmatized identity causes us to bury our emotions and we end up carrying a lot of baggage as a result. We have gone all the way from one end of the spectrum where we are by nature divine, sacred creatures to the other end of the spectrum where we identify our natural physical nature as being dirty and repugnant. We don’t feel comfortable exposing ourselves to each other and we start to feel less respect for our natural beingness.

The loss of respect for ourselves and for others robs us of our true life force, which is love. I’ve said it before many times, if you want to have love, you must first love yourself.

We store energy in the tissues of our body. We are emotional energy beings and when we repress our emotions, they build up within our tissues. Having studied Qigong and Reiki, I know that a primary cause of disease (dis ease) in the physical body is directly related to energy blockages. When you stuff your stuff into a space, the space becomes packed, or blocked.

Imagine your body is like the plumbing in your house. When the pipes are clear, water flows freely through the network of pipes. When the pipes are clogged with a build up of debris, the water slows to a trickle and eventually stops flowing altogether and becomes a stagnant pool of wastewater.

The same is true with energy flow in our body, if our energy channels are clear, it moves freely through the system, nourishing every cell in the body. When the energy channels are clogged, energy no longer flows to where it is needed, it is out of balance, too much in one place and too little in another.

This is not a direct quote, but Kristin posed a question about why do we store so much emotional baggage in certain areas of our body, specifically why do women bury so much emotional pain and suffering within the tissues of the sacred space?

It triggered a thought for me that perhaps the reason we store so much of our emotional baggage into the sacred space is simply a matter of physics correlating to the fact that this area is so densely populated with nerve endings.

So, back to the plumbing analogy, if you have clogged pipes you realize that in order to get the water flowing freely throughout your plumbing network, you have to clear the clog. The clog will not clear itself, you cannot ignore the clog and expect it to disappear.

The same is true with our emotional baggage clogging our energy network. Ignoring it does not make it go away, it simply gets deeper and deeper within our tissues while new layers get packed into the space.

So, this begs the question, how is modesty and prudishness about this part of our being serving our well-being?

You Know You Want To Be In The Red Tent 🔗 https://24kzone.com/redtent 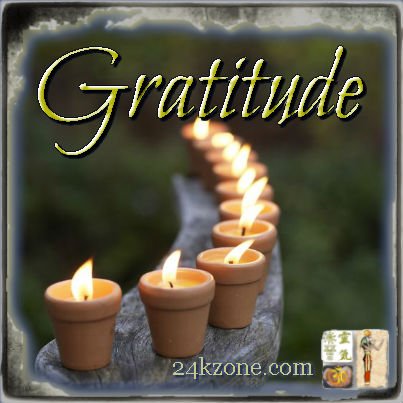 The struggle alone pleases us, not the victory.
~ Blaise Pascal